They had been talking about it for a long time, they did it. On September 1, 2002, Sarah Michelle Gellar and Freddie Prinze Junior married in complete privacy and in the greatest secrecy. 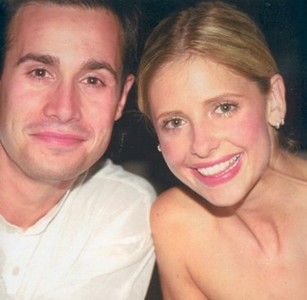 It was in total discretion that Sarah Michelle Gellar and Freddie Prinze Jr. united for better and for worse on September 1, 2002. Several months before, the whole world speculated on the date of their marriage, which did not fail to annoy the couple, who always insisted on keeping the media away from their relationship. Sarah Michelle Gellar and Freddie Prinze have always made a duty to preserve their privacy, even refusing to answer questions about the couple. Thus, in April 2001, in the greatest secrecy, Freddie proposed to Sarah. This marriage proposal was made, according to him, in a very special and original way. However, do not count on Freddie to reveal the details of this intimate moment. Then it remained to find a date for the wedding, a choice that was not obvious because of their overloaded schedule…

For their ceremony, Sarah and Freddie wanted an idyllic and heavenly place. To do this, they decided to leave the United States to organize their wedding in Mexico, in the luxurious hotel El Careyes Beach Resort. Far from the splendor of major Hollywood weddings, the future spouses wanted above all a discreet and intimate ceremony. Only their families and closest friends were invited to celebrate their union. Shannen Doherty, one of Sarah’s close friends, was one of the few celebrities present at the event. Sarah’s partners in “Buffy” apparently were not invited to the ceremony. On the other hand, Sarah and Freddie authorized the magazine Hello to cover the event, a way for them to control how the media will report their marriage. Originally, the ceremony was to take place outside Villa El Careyes, on one of the large terraces of the establishment. However, the capricious weather and the announcement of an imminent storm forced the spouses to modify their plans, so it was dressed in a splendid dress signed Vera Wang with a long veil of white tulle that Sarah took her first steps in the circular room illuminated by dozens of candelabras where the ceremony was to take place. The star of “Buffy” was surrounded by her bridesmaids, Lindsay Sloane, Nicole King and Caryn Bardunias, her best friends. Wearing a bouquet of white roses and orchids, Sarah was simply resplendent. There, in the center of the altar, elel joined Freddie Prinze, who approached a white linen suit and wore a small bouquet of white flowers to his buttonhole. The civil service was executed (barefoot!) by Adam Shankman, a friend of the couple and director of the film “A marriage too perfect”. In everyone’s opinion, Sarah and Freddie were very relaxed during Shankman’s solemn speech. No room for the apprehension of doubt. “Making up was the easiest decision I have ever made,” Sarah will later say. A radiant smile illuminated their faceswhen they exchanged their platinum wedding rings set with diamonds, drawn by jeweller Cathy Waterman. Then came the time for wishes and passionate kissing. Sarah and Freddie were now united for better and for worse. Rosellen, Sarah’s mother and Freddie’s grandmother, then gave moving speeches in honor of the newlyweds; the party could now be in full swing.


A sumptuous meal then awaited the guests. On the menu: filet mignon, lobster tails and chiche-kebab with rice, all drizzled with champagne. The gigantic mounted piece then appeared, decorated with beautiful red roses. It was Sarah who returned the honor to cut the very first part of the delicious cake, which she seized to make Freddie taste. The rest of the ceremony then took place outside, where the milder weather allowed the guests to dance to the sound of a music group. Sarah and Freddie obviously opened the ball and started a dance on one of their favorite songs, Someone to watch over me, a great classic by George Gershwin. Then it’s on airmariachis, traditional Mexican music, which everyone danced fervently until the end of the night. To be more comfortable, Sarah preferred to take off her wedding dress and put on a thin strapless dress decorated with pearls, while Freddie got rid of his shoes and continued to dance barefoot. The evening ended with a lot of confetti and rose petals launched by the guests and under which Sarah and Freddie joyfully marched.


“I really started living when I met Freddie. All the rest of my life was just a fog, says Sarah today. We get to know each other more every day.” After spending a short honeymoon in a secret place, the newlyweds turned to live in their residence in Los Angeles, where they contemplate their future with serenity. Their next step: to found a family. We both love children. I am convinced that we will be great parents.” In the meantime, Freddie and Sarah live a peaceful and simple life: “We have a good time, we go for car rides, shopping, we walk our dogs, these little things in life that make us an authentic couple…” 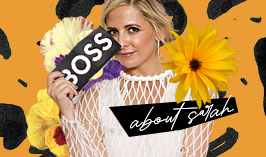 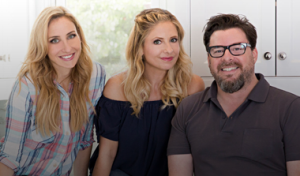 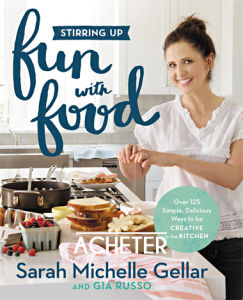 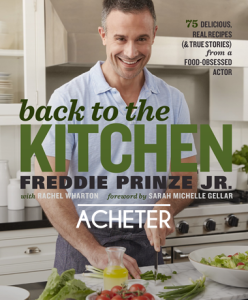